This should be declared the official Month of Delusion in Alaska, because March is the time of year when otherwise rational people start believing in meteorological fantasies. 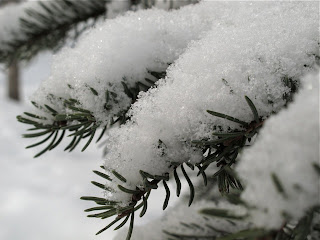 As snow flurries fell from the gray sky on Monday, and powder snakes blew across streets, at least three people I know were staring out windows and feeling exasperated. They’ve had enough of winter.

Then we woke up this morning to blowing snow, drifts in our driveways and a “winter weather advisory.” And the only surprising thing about it was that so many people were surprised.

A big snowstorm in March is as normal as darkness in December. Just because some people want spring to come doesn’t mean winter isn’t alive and kicking. After May 1, you can call a snowstorm a surprise—though even then it might be a stretch—but in March, a person has to just accept the fact that winter won't be over for several more weeks.

I used to fall victim to cabin fever this time of year. I, too, would go temporarily insane and start to believe that spring might come early. Now, I look forward to March all year. The average temperatures are a bit milder, the sun is out longer each day, the trails are usually in the best shape of the season, and the bears and mosquitoes haven’t shown up yet.

The cure for cabin fever is simple: Get your ass outside. Especially if you own a fat bike, because if don't enjoy the riding in March, you might as well be a roadie.
Posted by Tim at 9:32 PM

Ewwwww, spring. There is a reason that we live here and it ain't spring.

Spring does truly suck. You could wipe the month of April off the calendar, and I wouldn't miss it. Unfortunately, it's part of the path to summer.