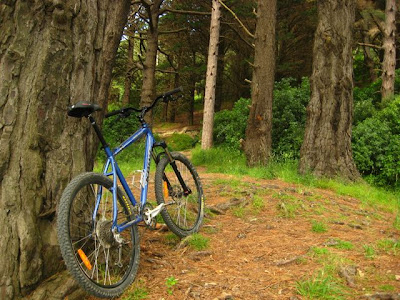 Hobbit Land
One of the things I love about bike riders is that those of us who are addicted tend to understand each other—or at least a key part of each other—as soon as we meet. We share a craving that normal people can’t fathom.

My recent trip south was a non-biking family vacation. As much as I’d love to always see foreign countries at a slow, intimate pace from the saddle of a bike, my wife doesn’t share my fascination with pedaling for hours every day, so I spent two we 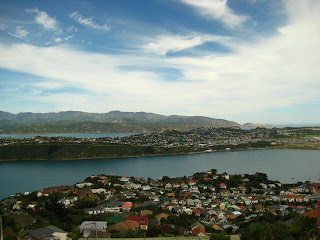 eks moving around the north island of New Zealand behind a steering wheel. And that wasn’t such a bad thing; time off the bike can be good, now and then.

But I knew in advance that I’d need to ride at least a trail or two, so I made sure to have a jersey, shorts, shoes and pedals in my duffle bag. By the time we reached Wellington, I need either a two-wheel fix, or in-patient treatment for withdrawal symptoms.

I found the Bike Barn on Wakefield Street, and rented—or “hired,” as they say in those parts—a Kona Cinder Cone for the afternoon. I made a couple of comments about needing some ride time to get my personality back. As we were walking to the front counter, the shop guy said he understood, because he gets irritable if he can’t ride for a couple of days.

We talked that afternoon about how riding is a genuine mental and physical need that other people can’t comprehend. He told me that he shares a flat with five other people, and that it works because they’re all mountain bikers. When they reach a point where they’re getting on each others’ nerves, they grab the bikes and go for a group ride. After a couple of hours of laughing and crashing together, they all like each other again.

I stuffed a map in my pocket, clipped in and headed for the trails on Mount Victoria, right at the edge of downtown. There wasn’t a huge amount of terrain to ride on a rented hardtail, and not even a hint of the kind of wilderness I'm used to at home, but I reached the summit and enjoyed beautiful views of Wellington. I rode through an unusual forest with signs labeling spots where Lord of the Rings was filmed. I scratched up my leg on some brush, and listened to my tires rolling over dirt.

It felt good. And when I got back to my wife and daughter at the end of the day, I was a little easier to live with.
Posted by Tim at 9:05 PM

Great spot for a holiday! Hope you enjoyed yourself & your visit to the land of 'Ground Effects' (www.groundeffects.co.nz) - possibly the best cycling gear known to man (although Twin Six does run a close 2nd!)

Being an Australian, NZ is an easy flight from here. Never ridden there but skiied there a bunch, would love to go back for a riding holiday!

I'm trying to bait my better half onto the bike. I know that all it'll take is one ride and the wind in the hair to turn her to the dark side.

I share the addiction, and feel lucky that although my husband isn't a cyclist (he's a runner), he (mostly) gets it. On our long road trips, he makes sure to carve out some time for me to ride -- I think mostly so that he can bear to be in the car with me for hours on end.

I am reminded how lucky I am to have a partner who is as nuts about bikes as I am. After our last trip where we planned to ride but left our pedals home, we took a solemn oath to never travel without them again. I've been looking at some employment options that could involve a bit of travel and I weigh the salary against the cost of a travel bike since being bike-less isn't an option...

Wheeldancer, I'll definitely be looking at Bike Fridays and Surly Travelers Checks before my next big trip.

Good on ya mate! I've gone on some vacations where I didn't ride for 3 weeks. It's amazing how bad you get the joneses when you see others riding and you can't. Like a junky, the sweating and itching gets really bad until you can get home and mount up to head out into some familiar territory.