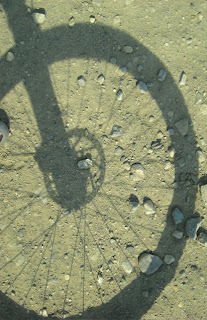 ter lamenting the loss of bike-shop snobs. Modern competition, he argues, has made shops friendly and welcoming, thereby robbing cyclists of the valuable initiation process of feeling inferior and having to earn knowledge and acceptance.

First of all, bike-shop snobs haven’t completely disappeared. Even here in little ol’ Anchorage I hear frequent complaints from less-experienced riders about their encounters with one particular shop, and there’s another place I virtually never go into because it employs an arrogant prick.

But if snobbery is generally on the wane, I say good riddance. I still remember the conceited jackasses I encountered while shopping for my first mountain bike back in the '80s. Those dudes all seemed to think they were the next Greg LeMond.

I endured them because I was dying to get a bike, but not everyone is committed to making a purchase. Snobs intimidate the casual shoppers who would just like to give biking a try. And that's not just bad for business, it's bad for the sport.

Treating customers badly isn’t cool. It’s stupid. In any kind of business. Why drive a customer away just because you think you know more about wine, car parts, widgets or bicycles than he/she does? Why turn them off on bicycling—or scare them off to Sprawl-Mart where they’ll buy the kind of junk that will convince them we’re all crazy for riding bikes?

Do that, and the next thing you know, they’ll decide it's easier to read Outside than it is to ride outside.
Posted by Tim at 6:00 AM

Right on! I tried being a snob for a month (I do work at a shop), then I realized it's much more fun being a snob surgeon. The vast majority of folks I treat well. I save my snob treatment for the idiots that try to impress me, like the guy who came in that "used to race on the circuit", but "had ridden in a couple years" and wanted a "twelve pound trail bike" because that's what "I'm used to". Or more recently, the guy who insisted he was going to build a eight inch Downhill bike that weighed in at thirty pounds. I save my extra special treatment for extra special people. Otherwise, there is no reason to act like an ass at someone who wants to buy a $400 bike and try out cycling. Because, quite frankly, its the millions of entry level bike sold every year that support the industry, not the small wedge of crabon fibre uber bikes that we all lust after.

Wow. You are right on target. I've been riding bikes since I could walk and after 35 years I still dislike bike shop snobs who say dumb things like, "When I use to race..." as their sales pitch that rapidly digresses into how awesome their knowledge is in comparison to a bike shopper who just wants to feel the happiness of riding a bike.