A sure sign of a good summer weekend in Alaska is to find yourself yawning a lot on Monday morning. If you happen 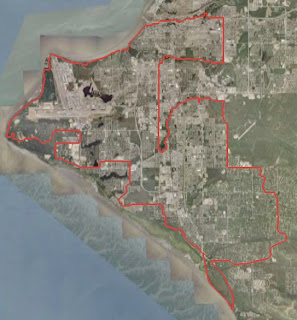 to be a bicyclist, and you combine the yawns with spent legs, you know you used your time well.

My weekend was spent riding trails on Saturday and roads on Sunday. The problem was what to call the Sunday ride. Looking for a fairly long course, Heather went online and grabbed the map for a 100-kilometer brevet recently held by the Alaska Randonneurs. Those guys use a lot of funny measurements and European terminology but, hey, it's their route, so we called it 100K.

I’ve been known to razz people for using the term “metric century,” which has always struck me as a questionable way for an American to claim a “century” ride. So when I mentioned via Facebook that I was going to ride a 100K with friends, my brother and The Grouc

h both jumped on it.

Normally, the closest I get to the metric system is frequent use of the term “metric assload.” You just can’t win with this liter/kilometer/centimeter shit. Refuse to use the metric system, and you’re a stubborn American. Use it, and people accuse you of trying to make your ride sound bigger by saying 100 kilometers instead of 62 miles.

I’ll try to be more consistent with my units of measurement in the future so that it won’t look like I’m using the metric system to my advantage. For the record, I rode exactly 60.00 American miles yesterday. On a course with 4,260 feet of climbing.

Those hills would ordinarily be hard on a fat-ass like me. Fortunately, I now weigh only 95 kilograms.
Posted by Tim at 8:04 PM

It all depends on your message I guess. My new gig has me riding 26,554 meters each way. No wonder I'm tired all the time...