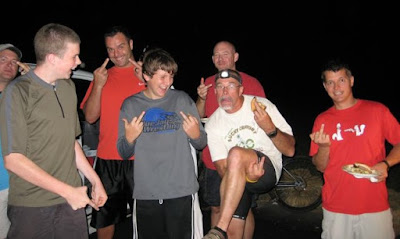 The latest installment of The Finger Chronicles
comes to us from Spider Fest 2008,
a mountain bike festival outside
Liberty, Mo., where riders remove
spider webs from the forest by
plowing through them with their faces ... 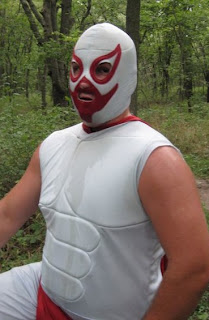 (Is it just me, or does this guy give
you flashbacks to that dungeon scene
in "Pulp Fiction?") 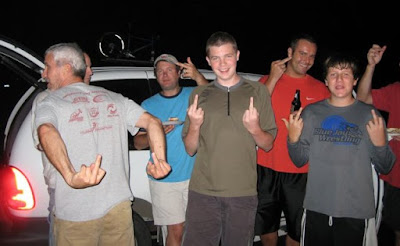 That's my nephew front and center
in this shot. He's obviously being
led astray by his wayward father.

Speaking of my brother, he said that
if he'd had a more powerful flash,
he could have captured another
50 riders eagerly flippin' The Bird.

Thank you, kinky Spider Festers!
Posted by Tim at 9:21 AM