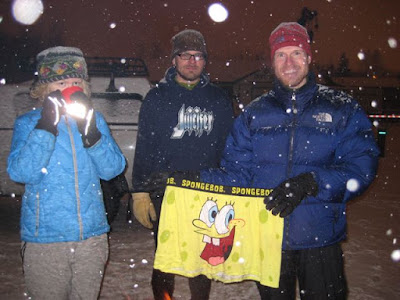 The coveted Lingerie Jaune is headed to off-season storage

The 2008/09 Frigid Bits season ended where it began last Halloween, only this time no one was dressed as a brownie-starved human tampon, and we didn’t use the scavenger-hunt format that sent us all crashing into a gay bar one night in October.

Saturday night’s burn barrel fiesta was just as much fun as the first, especially after our lost rider showed up. We might have gone looking for her if someone had bothered to notice she was missing before the beer was opened. (It’s not that we don’t care, Kathy. It’s just that we have so much confidence in your survival and route-finding skills. And we really like beer.)

How long until next winter? 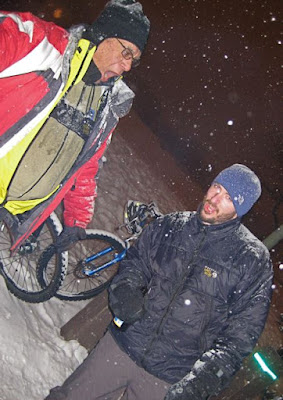 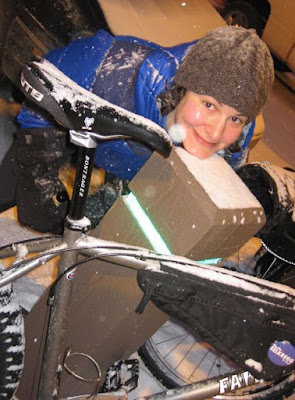 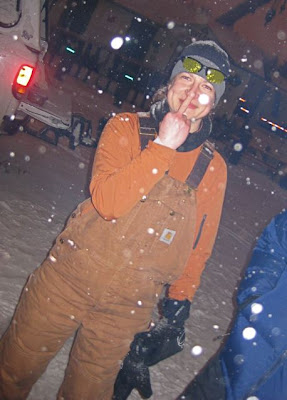 The Chick Who Rips is a chick with an attitude. 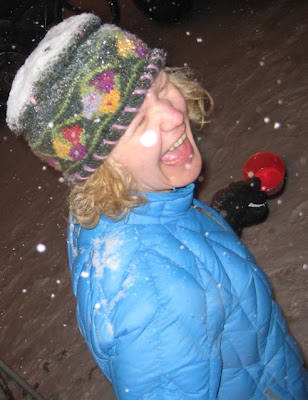 I wish i could have been there. Thanks Rio for the races. Tim,posts about volcanos suck.

I love a chic who rips and wears Carharts!