There’s been a lot of grumbling and debate about the use of satellite tracking devices in this year’s Iditarod Trail Invitational. A few racers carried SPOT units, and they caused all sorts of heartburn for race organizers who had to deal with conflicting signals sent by struggling competitors, and phone calls fro 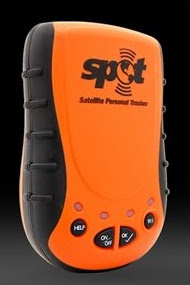 m families who were worried about what they were seeing on their computer screens.

Bill and Kathi Merchant, who organize the race each year, have decided to ban such devices from next year’s event, and everyone seems to have an opinion on whether that’s appropriate. Personally, I don’t give a rat’s ass what the rules will be next year, because I have no intention of ever entering that 350-mile, sadomasochistic sufferfest.

But I doubt it’s possible to truly ban such popular and easily transportable technology from the trail. Sure, you can make it illegal and DQ anyone caught using it, but you can’t keep SPOT units out of a wilderness race anymore than you can keep cell phones out of movie theaters.

A rule against them would prevent attention whores from publicizing their data feeds for friends and “fans” on Internet sites, but you’d still be fighting an uphill battle against wives and husbands who shove GPS tracking devices at their loved ones and say, “If you’re going to do that crazy race, you’re taking this!” Next thing you know, those things are going to be hidden in backpacks and frame bags regardless of the rules.

Racers who carry the devices covertly might not send “OK” signals every couple of hours, but you can bet that when the shit hits the fan and they need help, they’ll happily accept a DQ from the race if they can pull a gadget out of their frame bag and push a button that launches a rescue. And who could blame them? (As long as they really are in trouble, that is.)

It’s hard to stop the forward creep of technology. Hell, it’s already changed the Invitational. If you doubt that, just look at some old pictures and compare the bikes ridden in the early days of the race with today’s titanium frames, 100mm rims, and carbon-fiber components.

In the long run, I suspect organizers of events like the Invitational will have to write rules that are less about if tracking devices can be used, and more about how they can be used.
Posted by Tim at 9:57 PM

Completely agreed. If they had forced their use so that the organizers could actually track movements of racers and accurately record check in and out times, maybe it would benefit them. I can definately see how panicky loved ones calling about how they can't see the blip they think they should see would be aggravating. Hopefully Bill and Kathi will rethink their decision and find a way to make said technology work for them.

If I recall correctly, the Iditarod (the one with dog sleds) had all of their racers carry a GPS tracker this year for the first time.

That's probably the way that all of these extreme races will eventually go and the best way to deal with it is to have uniform rules for when and how such devices can be used.

I have to agree, the solution is to regulate its use, rather than ban what could be a life-saving tool.