Having a tough day

I have a general policy of not posting anything on this blog unless it's bike-related. But these pictures are too good to pass up. They're making the rounds via e-mail, and I got them from my friend Amber on Friday.

Before anyone asks if the guy survived, I think it's safe to say he did. Bear maulings make the news in Alaska, and I haven't read of any polar bears hurting anyone recently. 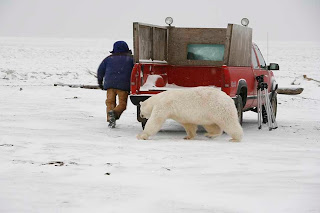 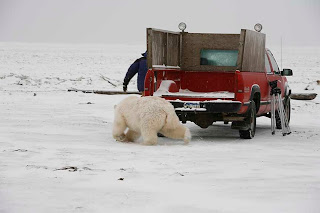 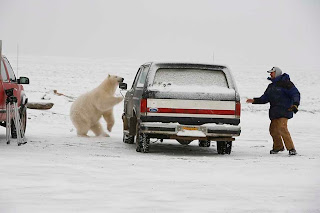 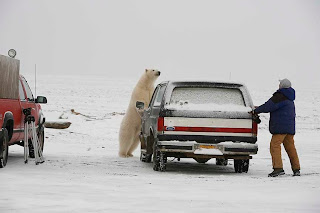 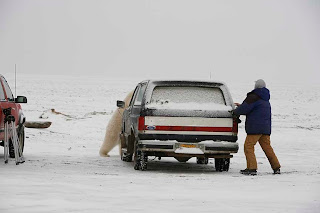 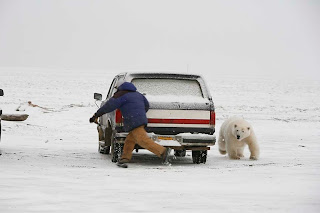 He survived how? Running circles around the truck until the polar bear got bored?

But really funny. I think I've seen these. They're e-mailed under the tagline "Which is the threatened species?"

These are great pictures, but their existence has to make me wonder: couldn't the photographer have been helping in some way?

I'm surprised the back of his Carhartts aren't brown...

The photo was supposedly taken in Pt. Lay not Shish and these were surveyors. Talk about a dangerous job!