WHEREAS, more Alaskans per capita bike to work than the nation as a whole, according to U.S. Census figures, and that Alaska ranks 12th in the proportion of adults who bike to work.

WHEREAS, the bicycle is a viable and 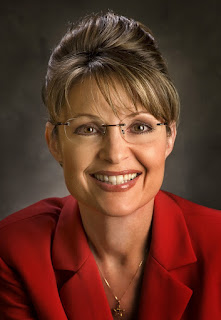 environmentally-sound form of transportation, as well as an excellent form of recreation and physical activity.

WHEREAS, many Alaskans will experience the joys of bicycling this summer through educational programs, commuting events, trail work days, helmet promotions, recreational bike rides, and other bicycling events.

WHEREAS, the bicycle offers a clean, quiet, affordable, and healthy alternative to automobile commuting.

WHEREAS, the national nonprofit League of American Bicyclists has declared the month of May as National Bike Month for each of the last 52 years, and has done so again in 2008.

WHEREAS, during the month of May, bicycle clubs, schools, parks and recreation departments, police departments, hospitals, businesses, and civic groups throughout Alaska will be promoting bicycling as a wholesome transportation and leisure activity, as well as an environmentally friendly alternative to the automobile.

NOW, THEREFORE, I, Sarah Palin, Governor of the state of Alaska, do hereby proclaim May 2008 as:

Bike to Work and School Day

in Alaska, and encourage all Alaskans to use the bicycle for transportation during the month of May, to recognize the importance of bicycle safety, and to be more aware of cyclists on our streets and highways.

We have our "bike to work and school week" also from the 10th to the 16th in DANOville!

I'll be thinkin' of you!

Thanks for posting that! I love our guv'na! What a cool thing.

Still waiting for our Governor to announce Nevada's BTWW. I'm not holding my breath though. His wife kicked him out of the Governor's mansion, and he's currently living in Reno. Now he's suing for divorce and to kick her out of the mansion. It's silly! I'm pretty sure he ran on a family values platform...