Back in my early mountain-biking days, I routinely spent Sunday mornings with friends riding Trail 100 through the Phoenix Mountains Preserve. One day, as three of us were snaking through some nice singletrack that was being encroached upon by a sprawling subdivision, I heard the barking and yelping of a dog after my friend Mark led into some tight turns around a cluste 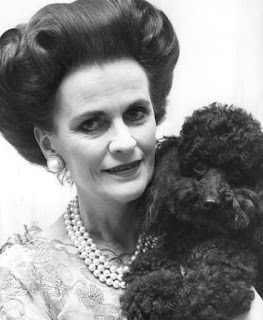 r of manzanita and boulders.

As I rounded a corner behind him, I saw a startled, upper-middle-age woman standing beside the trail and holding a furry little lapdog. I assumed we had surprised her during her morning walk, so I tried to put a positive spin on things by smiling and saying, “hi.”

A few turns later, I found Mark straddling his bike and looking back down the trail as Cris pulled up and stopped beside us.

“I just ran over that fucking dog!” Mark said.

I responded with something intelligent, like, “Huh? Wha …? Are you serious?”

Yeah, he was. He had rounded the corner just as the unleashed dog decided to charge a rolling beast that was 10 times its size, and ended up as a speed bump under both of Mark’s wheels.

Now, if most people ran over a pooch, they'd stop. But Mark made the instantaneous and logical decision that the situation wasn’t his fault and the only thing to be gained by stopping was a potential tirade by the dog’s owner, so he simply said, “Oops, sorry” as he rode by the woman and pedaled on up the trail.

Besides, he might have been groovin’ (at least a little) on the fact he had cleaned a dog without dabbing.

I mean, sure, it was a small dog, but this was in the medieval days of toe clips and fully rigid frames, when indexed thumb-shifters passed for innovative technology. And Mark pulled off the move when the penalty for error would have been an unhappy landing in a pile of prickly pear cactus. The man was in the zone that day.

Call me a heartless bastard if you wish, but every time I remember that incident it brings a smile to my face. It was the best example of riding over a live mammal I ever saw until a co-worker in Anchorage managed to ride a rigid hybrid bike over a kid.

Sometimes, I like to pause and appreciate the technological advancements we’ve seen in mountain bikes over the 18 or 19 years since Mark made a mogul out of Muffin.

And then I gaze off into the distance and imagine what kind of unleashed dogs Mark could run over today with a plush, full-suspension rig.
Posted by Tim at 12:01 PM

Email ThisBlogThis!Share to TwitterShare to FacebookShare to Pinterest
Labels: dogs

Really? You think running over an animal of any kind is funny? And you think not stopping is an appropriate response to such an incident?

And you're wondering why mountain bikers have a bad rep?

Please tell me I'm missing something.

Of course not. Why do people always pull such knee-jerk reactions and leap to outrageous conclusions?

Why the hell do you think I would think that running over "any kind of animal" is funny? Did you bother to read the damned post? It was about an unleashed dog.

If I or one of my riding partners ran over a rabbit, squirrel or some other innocent animal that was actually supposed to be running loose on the trail, I'd feel terrible.

But a dog whose owner refuses to obey leash laws? I say run the bugger down. And if it's an obnoxious little yapper that happens to be run over by Mark, it's freakin' hilarious -- especially as time goes by.

I'm sick and tired of being menaced and bitten by furry little curs whose owners say things like, "Oh, he's just being friendly."

Besides, it was just a blog post. I was trying to tell an amusing story. Put down your tofu and your PETA newsletter, and grow a fucking sense of humor.

The last time I came across an unleashed dog at a county park that has huge signs saying "Leash All Animals"...

...the unleashed dog chased me for something like 1/2 mile(I was going downhill)we were well out of the dog owners sight and voice range and when the dog finally caught me, he tried to nip at my ankles.

Know what I did?

I looked around for the largest rock I could find and bounced it off the dogs head.

The dog went all googly eyed and I made my escape.

Not sure if the dog was okay or not and to be honest-I didn't really care.

and even more ha about this: Put down your tofu and your PETA newsletter, and grow a fucking sense of humor.

I am a dog lover but even i laughed out loud at this.

In your reply said both "running over any animal, I'd feel terrible" and "run the bugger down." You don't see a contradiction here?

It's not the dog's fault it's off leash. Chasing after fast moving objects is what a dog does, instinctually. Generally, humans have an instinct to care for animals they've kept domesticated for thousands of years. Well, most of us. The woman didn't keep the dog safe (I would have yelled at her), and your friend (and later you) lacked all compassion.

"A heartless bastard" (your words)? The childish name calling at the end of your reply really hammered that home. You don't need to be a vegan or be part of PETA to be humane. Clearly, that's news to you.

But, when you consider trail access issues (maybe you don't have those in the wilds of Alaska), it's compounded. The woman goes home to her devastated 6-year old daughter, and tell her her puppy was killed by a mountain biker, one who didn't even stop. They take their story to the local park authorities who seek to restrict access to all of us cyclists, because a reckless few. Thanks for all that.

Totally funny. Thanks for sharing.

You're welcome. Now stop visiting my blog until your reading comprehension level rises.

The fact that you misquoted my earlier comment is an indication you might not be as smart as you think you are.

Besides, you're annoying and you're starting to bore me.

Clearly, I'm an imbecile. Enlighten me to what I miss read/mis-quoted. I'm dying to know.

I asked what was funny about running over an animal. In the post, it said "every time I remember that incident it brings a smile to my face"

And don't worry, I fully plan on tossing your RSS feed on to the fire once I'm done watching this train wreck. Can't…look…away…

I will be happy to enlighten you.

In your reply said both "running over any animal, I'd feel terrible" and "run the bugger down." You don't see a contradiction here?

Aside from writing a poorly constructed sentence, you attributed the words "running over any animal" to me, when in fact I was quoting your words.

I won't waste time explaining again what I wrote and how you misinterpreted it, because I can tell that you're stressed and trembling through your hissy fit and my message wouldn't get through to you.

This was fun, but I think we'll both be happier if we start seeing other people.

Seriously now. Run along. And take your little buzzing sound with you.

Still funny after all these years. What kind of dog owner, particularly of a low-in-the-food chain dog, doing letting it run loose in Alaska? Its death was likely swift (if not the first wheel ceertainly by the second. And no Dab!?). It could have been swept away by several species of local bird and eaten alive. What's she going to say, "It has its claws"?
An owner like that was begging to get rid of the little furball yapper. She ought to be reported to the SPCA-Alaska Chapter. Where's the phone?