There’s a hilarious scene in A League of Their Own when Jon Lovitz—who plays a baseball scout—finds himself sitting next to a salesman on a train. The giddy salesman is talking excitedly about how h 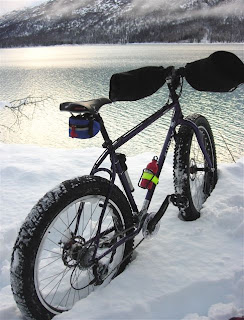 e has sold 10 percent more widgets than he did last year. Lovitz listens for a while until he leans forward and smiles at the salesman.

I went out for lunch today and was hoping to read a few pages of a book while waiting for my food to arrive, but I kept getting distracted by a couple of guys at a nearby table. They were middle managers who handle some sort of contracting work, and one was a Southerner in town on business.

The chubby guy was talking about Alaska’s high cost of living, and how he’d someday like to move back to a place where he could afford a big piece of land where he could shoot his guns and put up a building in which he could rebuild old Chevrolets in his spare time.

“You’d love it where I come from,” bragged the Southerner. “I can shoot right off my back porch.”

“See, I really miss that,” said the chubby guy.

I got up to leave as their fried okra, onion rings and gravy-covered biscuits arrived. If they noticed me at all, they probably wondered why I was smiling.

Well first Tim dissing the shooting sports is down right un-Alaskan, second aren't you an editor for the local paper? That's a job where someone like me might say. "If I had your job I'd..." Just a litle good natured ribbing there.

Negatory, there good buddy. I haven't worked for the local rag in nearly seven years now.

And I love shootin' guns. I just don't do it so often that I need to live out in the sticks so that I can do it from my back porch.

Wow, I live there already. It just annoys my neighbor when I do it. He's always calling the sheriff on me. So I just go for a ride instead.