I know someone who is selling her road bike, partially because physical problems are making it too uncomfortable to ride. Her story isn’t mine to tell, so I won’t go into any 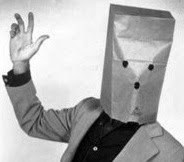 details, but her situation reminded me of a question brought up in a cycling magazine a few years ago.

The magazine asked readers what they would do if faced with a physical ailment, such as a back or neck injury, that required them to ride a recumbent or give up cycling entirely.

For me, this was easier than the time they asked readers which they would choose if they were forced give up either cycling or sex. I scared myself a little when I realized I was thinking it over.

I think recumbents are ugly, and they seem to be ridden by the same people who use arcane computer-operating systems and name ferrets after Lord of the Rings characters. I can’t really picture a bunch of recumbent riders standing around and talking trash over post-ride beers.

But when it comes right down to it, those rolling deck chairs still have two wheels, two pedals and a chain, and they let you move around under your own power in fresh air, which is the best part of riding anyway. So, if the day ever comes when I have to start buying high-rise stems and soft saddles to stay on a conventional bike, that’s what I’ll do.

If faced with no other choice, I’ll sit back in a recumbent and pedal on down the road.

I just hope I can figure out how to attach one of those little helmet-mount mirrors to the bag over my head.
Posted by Tim at 9:27 PM

Email ThisBlogThis!Share to TwitterShare to FacebookShare to Pinterest
Labels: recumbent

The great thing about recumbent's is that you can squeeze a under a truck so no longer do you need to do that ninety-degree-front-break-slamming turn to dodge inconsiderate drivers.

Don't forget that you'll also be required to grow a beard as a recumbent rider. Don't know if this applies to women, too.

I'm halfway there! I already have a beard.

Damn. I guess I'll have to stop trimming it. And buy some suspenders.

Ha Ha....thanks for the email.

You may have some stalkers from this but I'm sure you can out run them on your bike because recumbants are hard to get started....so I've heard

We have a rider in our group that has a recumbent along with his stable of many bikes. The bike gets passed around the group to anyone who gets hurt. Last guy to use it screwed up his shoulder.

Standing joke in the peloton is something like "shutup or I'll put you on the recumbent".

Honestly, its great cuz it keeps the guy riding thru recovery.

Ya' know about three years ago I was laid-up with broken ribs. I could not ride any of my bikes. I couldn't stand it anymore I had to ride so I borrowed my wifes recumbent, now I want a sportier one for myself simply because for the first time in years I could ride in normal pants without doing rude things to the man parts.