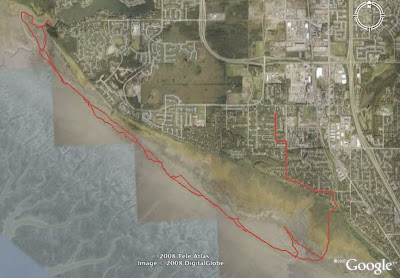 Anchorage's coastal mud flats in March are what Pugsleys were made for. I tried this ride on my studded bike one night last week and thought it sucked. I was kicking myself for not taking the fat bike instead. So on Sunday, I went back with Jeff, with both of us on Pugsleys. 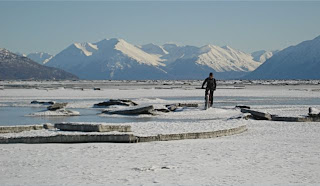 The spring conditions are ideal for fat tires. The still-frozen mud is just beginning to melt, and most of it is covered with a thin crust of ice and snow. There's a firm base, but enough surface resistance to make Endomorphs shine. 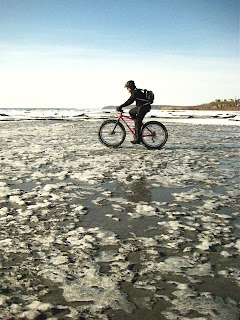 Occasional fields of what I've decided to call ice mushrooms shattered like wine glasses, with the fragments immediately mashing into the silty mud to provide decent traction. 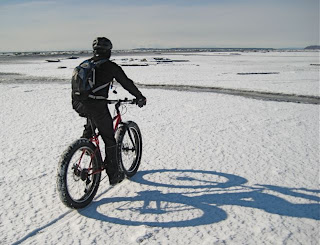 We had lots of sun, reasonably warm temps and no rules. We just pointed the bikes wherever we wanted to go: through tidal guts, over ice plates, up and down the coast.

It was four fine hours of spring riding and one of the two best rides I've ever had in the Coastal Wildlife Refuge. A couple more weeks, and it'll all be gone for another season.