Shut up and build it

The Anchorage Daily News published a story this week about the Campbell Creek Trail and how the state has excluded it from its plan for revamping the Seward Highway.

This trail is already popular with recreational bike riders, walkers, commuters, etc. Unfortunately, it’s full potential is unrealized because it dead-ends on both sides of the 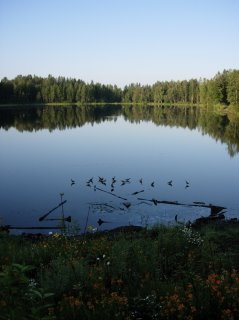 Seward Highway (for you non-Alaskans, the Seward is the closest thing we have to a freeway).

This trail rolls for miles beside a trout- and salmon-filled creek, through woods and quiet neighborhoods and then slams into big damn obstacle. No matter which side of the trail you’re using, the only route past the highway is an uneven, boulder-strewn path that requires you to push/carry your bike and bounce your head off the steel girders supporting the road above. Not exactly a desirable option for kids, older folks, stroller pushers, or anyone else for whom such a route poses too much physical challenge. Hell, most users don’t even know how to find the path under because it's an unofficial trail that starts behind a bunch of brush on the west side of the highway.

Now the city and state are in a pissing match over who should pay to extend the bike path when the road gets a Queer Eye for the Highway makeover. The city wants the path rolled into the state’s project. The state says the city should pay for the 950 feet of trail. This asphalt boob job is gonna cost about $125 million, while the trail under the flippin’ thing is expected to cost only $200,000.

That’s only .0016 percent of the project. When we build a new high school in this town, we spend more than that filling the bathrooms with art to enrich our kids’ minds while they sit on the toilet.

It’s 950 feet of trail, dammit! That’s one-fifth of a mile that would be one of the finishing touches on 28-mile trail loop through the city.

And that’s a loop that would carry students to several city schools and two universities. A loop that would help bike commuters reach two hospitals and countless other employers.

If you’re in Anchorage and give a damn, get more information at the project website, then e-mail everyone you can think of at the involved city and state agencies, as well as your legislative representative. They’re all public employees who work for us.

Let’s tell them to quit pinching each other and come to a fair and quiet compromise, or we’ll pull the car over and spank the shit out of all of ’em.
Posted by Tim at 12:58 PM

We can only hope they get over it and build the trail extension, but look what happened with Lake Otis and Tudor intersection. It's all tied up in political games. In the meantime we get nothing.

Actually, in this case there's good news. According to this morning's paper, the state got an overwhelming response from the public and has agreed to add the trail to the overall project scheduled to begin in 2009.

Good job to all the taxpayers who raised hell. Now, if only they'd get that pissed off about George Bush ...

Damn...why all the negative posting? Did your wife cut you off or something? Did the store run out of box wine? Did Carlos pee in your Cheerios? Did you run the Epic into the garage?!?!?!